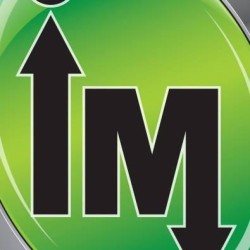 Kansas has had an interesting relationship with beer. Beginning in 1881 and lasting until 1948, all alcohol was banned in Kansas, a prohibition longer than any other state.

Despite alcohol being prohibited in the state, the law was often ignored until the infamous Carrie Nation, from Medicine Lodge, took up a hatchet in 1900 and began a personal crusade against liquor. She smashed her way through countless Kansas saloons for over a decade, setting the stage for National Prohibition laws to take root in 1919.

While the rest of the nation came to its senses in 1933 and repealed prohibition, Kansas stubbornly maintained its ban for another 15 years. It wasn’t until 1989, after much legislative lobbying, that Free State Brewing Company in Lawrence was able to open its doors as the first legal brewery in Kansas in over 100 years.

After all this time, Kansans are finally able to enjoy the sweet deliciousness of a good local ale. Once Free State had paved the way, Kansas brewing began to thrive. We Kansans have developed a taste for craft beer and we’re never looking back.

As more and more microbreweries pop up across the state, there are some true hidden gems to be found. A quest for the perfect pint should include stops in Hays, Emporia, and El Dorado. These small breweries are all well worth the trip. Stop in, stay a while, and thank a friendly Kansan for starting a new chapter in Kansas history. Cheers!

This 11 year old brewery is just a few minutes from I-70 in downtown Hays. Gella’s offers nine house beers on tap seven days a week, along with other seasonals throughout the year. Their American Hefeweizen was a gold medal winner at the Great American Beer Festival® in 2013, and features flavors of fresh wheat, mild hops, and a hint of citrus. Try the Brownell Brown Ale as well, which is great with a BBQ Pulled Pork Sandwich or a steak. Eight different malts give the Brownell a touch of sweetness with a roasty finish.

Gella’s has a hip atmosphere and often live music. It’s certainly an oasis out west for excellent beer and a good time. There’s plenty of other things to do as well if you have time, including another brewery (Defiance) or the Sternberg Museum of Natural History.

Opened in 2014 in historic downtown Emporia, Radius has produced a few brews that are on my all-time top 10 list. Radius offers five house beers that are available year round, seven days a week, and there’s always something new and different brewing as well. Radius was recently named Best Brewey in Kansas by Yahoo! Travel.

One of my regular go-to beers at Radius is the Low 5 Pale Ale. It’s a session American Pale Ale, which has a nice citrus character and a lightly hopped finish. It pairs nicely with several things on the menu, including the signature brick oven pizzas. Definitely try the Low 5 with Radius’s warm, brick oven pretzel bread and beer cheese dip. The beer cheese dip also pairs well with the Rumor Has It IPA, if you like a hoppier beer with more pine notes. For dessert, if there happens to be a sour style ale on tap, try it with Radius’s gluten-free brownie for a lovely sweet and sour combo.

The atmosphere at Radius is warm and inviting. You can see into the open-style kitchen, and the brew tanks are in a glass enclosure in the dining area. Emporia’s downtown area has several other restaurants, bars, boutiques, antique stores, a gourmet chocolate shop, and an arts center within just a few blocks. There’s also a beautiful zoo that is a must see. All together, it’s a great Saturday day trip.

This up-and-comer doesn’t have a full-fledged restaurant on site, but they do serve up light appetizers and paninis. Walnut River distributes five signature beers year round. These five plus other seasonals and speciality beers are available in their tap room, open six days a week, Tuesday through Sunday. The new Coffee Porter is a must try. Along with a bit of chocolate, it’s highly coffee flavored but without a bitter finish. The Warbeard Irish Red is another good choice if you’re looking for a smooth and easy drinking session ale.

Visiting El Dorado and Walnut River is a great trip for history lovers.  El Dorado is home to the Kansas Oil Museum and it’s easy to spend an hour or two browsing the exhibits. In addition, the historic building that now houses Walnut River has its own interesting history and has seen some colorful tenants in its day. Settle in with a cold one and ask them to tell you about “Goldie’s Place.”